Now I have a Neural Network that infers static gestures, in order to keep this development process as tidy as possible, I created a new project and correspondent Graph in order to test the static inference functionality. It’s located in the folder “projects/staticGestures/staticGestures/” and the graph is “gestures_cpu.pbtxt” (it’s in the /graph folder)

It’s kind of simple to explain: 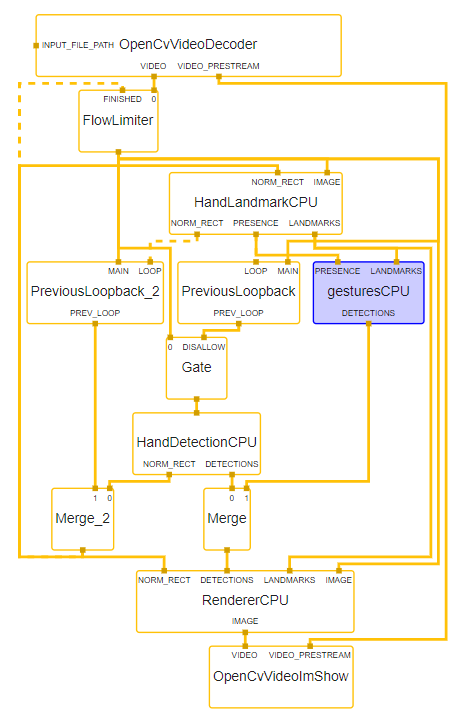 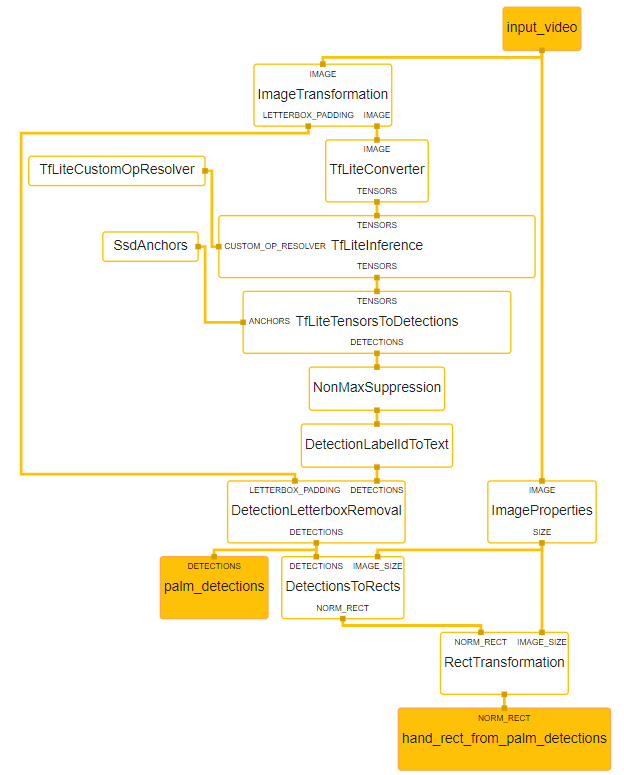